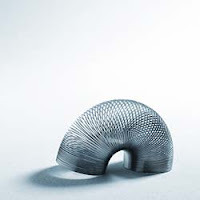 Some people are like slinkies...
not really good for anything,
but you can't help laughing when you push them down the stairs
at August 28, 2007

I usually don't think about the future....

Let's face it, you can't predict what's going to happen.

But sometimes, the thing you didn't expect is what you wanted after all.

Maybe the best thing to do is to stop trying to figure out where you're going...

and just enjoy where you are at.

Live the life you love,

Love the life you live, 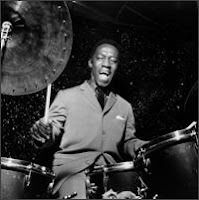 If you're not appearing, you're disappearing

Making the simple complicated is commonplace;

"One of the things I learned about in the formative stages of my career was public speaking. I learned by watching lots of presentations, and one thing I figured out early on is that most CFO-level speakers — particularly CEOs, particularly male CEOs—really suck as speakers. They're boring; they're long; they wander around. I saw speech after speech, and I discovered that if there's anything worse than a speaker who sucks, it's a speaker who sucks and you have no idea how much longer he or she is going to suck. That's a horrible feeling.

To prevent you from getting that feeling, I've developed a Top 10 format. All of my speeches are in Top 10 format, because if you think I suck, I at least want you to be able to track my progress through the speech so that you know approximately know how much longer I'm going to suck. 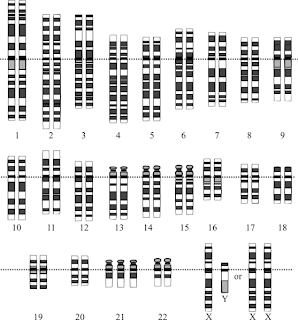 I dreamed she'd be born beautiful and healthy.
She was.

I dreamed she'd tell me that she loves me.
She tells me every day.

I dreamed she'd be bright and funny.
She is - her humor is wonderful.

I dreamed she'd jump a rope, catch a ball and tease her little brother.
She does and her brother loves it.

I dreamed she'd have big birthday parties, with friends and cake and presents.
She's had fourteen.

I dreamed she'd one day get on a bus and go to school.
She did it yesterday - my heart full of love and my eyes full of tears.

I dreamed she'd make us proud.
She has and she's inspired us.

Katie has Down Syndrome.

I never dreamed that.

Prayer to Practice the Golden Rule 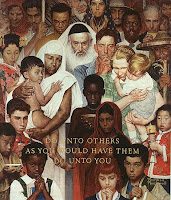 The complexity of relationships...

"I used to sit around and wonder why others weren't trying to destroy each other, like we were.

"And here it turns out that the answer is pretty simple...they weren't unhappy...we were."

Why read the Classics?

"Somebody who reads only newspapers and at best the books of contemporary authors looks to me like an extremely nearsighted person who scorns eyeglasses. He is completely dependent on the prejudices and fashions of his times, since he never gets to see or hear anything else. And what a person thinks on his own without being stimulated by the thoughts and experiences of other people is even in the best case rather paltry and monotonous.

"There are only a few enlightened people with a lucid mind and style and with good taste within a century. What has been preserved of their work belongs among the most precious possessions of mankind.

"Nothing is more needed than to overcome the modernist’s snobbishness."

These great comics are from xkcd.com . (Warning! Don't ingest fluids while reading them...you may spew onto you monitor!)
at August 19, 2007

Max Roach and the Wonder Years... 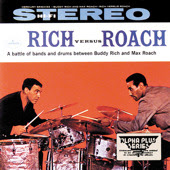 When I was in 3th or 4th grade, I got a record player for Christmas. It was made of plastic and had a lid that could close, with a built-in handle so you could haul it around. I thought it was so cool.

I was very interesting in the drums (just waiting for 5th grade band) and my dad gave me a record of a drum battle between Buddy Rich and Max Roach....Rich vs. Roach - Sing Sing Sing (with a Swing).

The liner notes said that Buddy was on one channel and Max was on the other...I didn't know what they were talking about, and the fact that my record player was mono didn't help matters!

The album cover had them facing each other sitting on their drum kits, beads of sweat on their brows. I stared at that cover for hours, looking at the tilt of their drums and the height of their cymbals. It was the first time I had seen a set of drums!

A digression...I had earlier (maybe even that year) received a snare drum for selling Christmas cards...plastic sparkle! with a paper head(!) and plastic rims(!), and my friend and I had been listening to a 45 of the Monkees I'm a Believer. I looked at that single drum, and heard all the different drum sounds on the record and I wondered, "How do they get all those sounds from one little drum?" We decided that they get different sounds by hitting different parts of the head and also by throwing the snare strainer on and off! [ I learned a few years back that Hal Blaine played drums on that tune, and he was the master at oddball percussion sounds...I still can't make out a traditional rock and roll beat on I'm a Believer.

So imagine my surprise when I saw that album cover and these guys had all sorts of drums and shiny things ("What are these, Dad?" "They're called cymbals, Son."). No wonder they could make all those different drum sounds!

The album had a melted spot near the spindle hole...Dad said that, during a party (before the kids came along), he was changing records, and placed the album on the nearest flat space - the top of a lamp shade! He'd forgotten about it (could alcohol been involved?....nah!) and the heat from the light bulb had softened the vinyl and it had drooped causing a warp in the record that got progressively worse as the needle moved toward the center of the record. So only the first couple of songs on either side were listenable (listenable?).

My dad liked Buddy Rich, so I liked Buddy Rich, and since this was a battle, I rooted for Buddy Rich. Although I couldn't tell the left channel from the right channel, the liner notes said that Buddy took the first solo on Sing, Sing, Sing (with a swing), so I mentally kept track of the solos, and cheered for Buddy when I thought it was him playing. After a while I felt sorry for Max Roach and cheered for him, too, but I secretly wanted Buddy to win.

I must have listened to that warped record about a thousand times...for a good while, that album and the Monkees 45 were all I had to play on the record player. Maybe because of that, I've always had a soft spot for Max Roach. Several years ago, I got into Clifford Brown, and Max was a big part of that sound.

So I was saddened to hear of his passing. I think I'll go home and listen to some bebop with Max tonight. And maybe I'll poke around the iTunes store and see if Rich vs.. Roach is still available.
at August 17, 2007

This concept taken from a speech I recently saw on CSpan, given by Ed Brayton:

"In my speech at YearlyKos I'm going to address the problem of virulent ignorance, which is distinguishable from the sort of mundane ignorance that we all have about a great many subjects. Mundane ignorance is a mere lack of knowledge; we are all ignorant of far more subjects than we are knowledgeable of. Ask me about how to fix a car or about the history of choral music in Eastern Europe and I'm as clueless as can be.

"But because I know that I'm ignorant about those subjects, if someone were to ask my opinions about them I would say, "I'm the wrong person to ask, I don't know anything about it." Ask me whether one European soccer team plays better defense than another and I'm not even going to attempt an answer; I simply don't know anything about it and wouldn't be able to distinguish good defense from bad defense even if I spent the next 72 hours watching soccer games. That's mundane ignorance.

"Virulent ignorance, on the other hand, is when someone thinks they know something about a subject when they don't. Virulent ignorance is when someone has absorbed a set of platitudes or claims that they presume to be true without any real ability to evaluate whether they are or not. This type of ignorance is the brass ring of politics, the thing that all political movements strive to inculcate in as many people as possible.

"A politician or a political movement is most successful when they are able to replace the mundane ignorance of a large group of people with a set of pre-formed conclusions that they can offer as opinions without bothering to go through any rational process to reach those conclusions. This gives their followers a set of responses that they presume to be true and gives them the illusion of knowledge. It's what makes people offer opinions to poll takers on subjects that they know virtually nothing about.