Words of wisdom from a movie sound bite...

Don't chase what you can't catch...

The meditation word for today is ...dreams

98 percent of people are not with their true first choice...

That's why they play the juke box.

1. Tendency to think and act spontaneously rather than
from fear based on past experiences.

2. An unmistakable ability to enjoy each moment.

3. Loss of interest in judging the self.

4. Loss of interest in judging other people.

5. Loss of interest in conflict.

6. Loss of interest in interpreting the actions of others.

7. Loss of ability to worry (this is a serious symptom).

9. Contented feelings of connectedness with others
and nature.

10. Frequent attacks of smiling through the eyes of
the heart.

11. Increasing susceptibility to love extended by others
as well as the uncontrollable urge to extend it.

12. Increasing tendency to let things happen rather than
to make them happen.

On my mind lately... 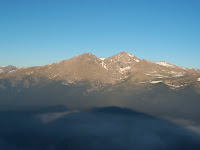 Where and when in the world do you feel wildly happy? Or truly free? Or fiercely alive, or at peace, or even just content?
- Ferenc Mate

The meditation phrase for today is...fiercely alive
at April 08, 2007

Then go find someone who's life handed them vodka and go have a party!"
- Ron "'tater salad" White 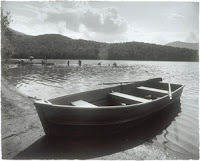 God will be happy to let you steer,
but the thing is...
God doesn't row. 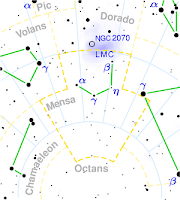 The Washington Post's Mensa Invitational once again asked readers to take any word from the dictionary, alter it by adding, subtracting, or changing one letter, & supply a new definition. Here are this year's winners:

Intaxication - Euphoria at getting a tax refund, which lasts until you realize it was your money to start with.

Reintarnation - Coming back to life as a hillbilly.

Bozone (n.) - The substance surrounding stupid people that stops bright ideas from penetrating. The bozone layer, unfortunately, shows little sign of breaking down in the near future.

Foreploy - Any misrepresentation about yourself for the purpose of getting laid.

Cashtration (n.) - The act of buying a house, which renders the subject financially impotent for an indefinite period.

Sarchasm - The gulf between the author of sarcastic wit & the person who doesn't get it.

Inoculatte - To take coffee intravenously when you are running late.

Osteopornosis - A degenerate disease. (This one got extra credit.)

Decafalon (n.) - The grueling event of getting thru the day consuming only things that are good for you.

Glibido - All talk & no action.

Dopeler effect - The tendency of stupid ideas to seem smarter when they come at you rapidly.

Beelzebug (n.) - Satan in the form of a mosquito, that gets into your bedroom at three in the morning & cannot be cast out.

Caterpallor (n.) - The color you turn after finding half a worm in the fruit you're eating.

And the pick of the literature (previous winner) :

Ignoranus - A person who's both stupid & an asshole.

The meditation word for today is...hipatitus (with a wink and a nod to Tower of Power)