For the truth is that I already know as much about my fate as I need to know. The day will come when I will die. So the only matter of consequence before me is what I will do with my allotted time. I can remain on shore, paralyzed with fear, or I can raise my sails and dip and soar in the breeze.

"I think for us to get American military personnel involved in a civil war inside Iraq would literally be a quagmire. Once we got to Baghdad, what would we do? Who would we put in power? What kind of government? Would it be a Sunni government, a Shia government, a Kurdish government?

"Would it be secular, along the lines of the Baath party? Would it be fundamentalist Islamic?

"I do not think the United States wants to have U.S. military forces accept casualties and accept responsibility of trying to govern Iraq. It makes no sense at all."

Dick Cheney (then defense secretary in the first Bush administration), March 1991, when was asked on ABC-TV why Operation Desert Storm had not gone all the way to remove Saddam Hussein from power.
at July 24, 2007

You can't lay on the beach and drink rum all day...

Q: How many Republicans does it take to change a lightbulb?
A: Nobody knows! They won't release that information!

Q: How many Democrats does it take to change a lightbulb?
A: They never change anything. They just cry over the broken bulb!
at July 22, 2007

A man meets a beautiful woman at a bar. At the end of the evening, they go up to her apartment.

After a long night of lovemaking, he notices a photo of another man on her nightstand by the bed.

He begins to worry.. "Is this your husband?" he nervously asks.

"No, silly," she replies, snuggling up to him.

"Your boyfriend, then?" he continues.

"Is it your dad or your brother?" he inquires, hoping to be reassured.

Don't give up your day job! 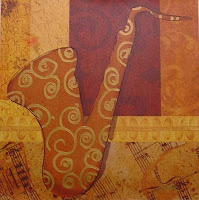 Question:
What is the difference between a Blues musician and a Jazz musician?

Answer:
A Blues musician plays 3 chords in front of 1000 people.

The Golden Rule of Negotiation

Experienced negotiator Eric Sink says there's only one thing you need to know about effective negotiation, whether it's for a lower car price or a higher salary: Negotiating from a position of real need is a bad, bad situation. You are almost certainly going to lose. The other party will push until they find your threshold of pain.

How to leave a voice mail

Very few people of any age leave good voicemails. The purpose of a voicemail is to make progress towards along a continuum whose end is getting what you want. A long voice mail isn’t going to zip you along to the end point of this decision.

A good model is to think of a voicemail as an oral version of a compelling five-sentence email; the optimal length of a voice mail is fifteen seconds.

How to run a meeting

First you need to understand that the primary purpose of a business meeting is to make a decision. It is not to share experiences or feel warm and fuzzy.

With that in mind, here are five key points to learn about running a meeting:
There are more power tips for running good meetings, but if you do these five, you’re ahead of 90 percent of the world.
at July 12, 2007

I came across an interesting idea recently, called the tetrad concept, from a book called "The Global Village" by Marshall Macluhan. Here's a link to quick explanation:

Macluhan's idea is that every artifact (or technology) goes though four phases, or produces four effects:

Money is a typical example used to explain the tetrad concept. It enhances speed of transaction, obsolesces barter, brings back excessive consumption, and pushed to its limits becomes electronic transfer and credit, or non-money.

Or at least that's how this example is typically given. I'm not sure excessive consumption has ever been obsolete in human history, so I'm not sure how it could have been brought back. And in general I find the third dynamic of the tetrad, bringing back something that was obsolete, to be the most difficult to apply.

But if you want a picture of what lies ahead for any technology, the tetrad concept is a good place to start.

Drop by drop an ocean is formed... 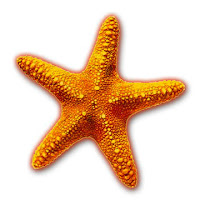 As the old man walked the beach at dawn, he noticed a young man ahead of him picking up starfish and flinging them into the sea. Finally catching up with the youth, he asked him why he was doing this. The answer was that the stranded starfish would die if left until the morning sun.

"But the beach goes on for miles and there are millions of starfish," countered the other. "How can your effort make any difference?"

The young man looked at the starfish in his hand and then threw it to safety in the waves. "It makes a difference to this one," he said."
at July 10, 2007

A man wanted to get married. He was having trouble choosing among three likely candidates. He gives each woman a present of $5,000 and watches to see what they do with the money.

The first does a total make over. She goes to a fancy beauty salon gets her hair done, new make up and buys several new outfits and dresses up very nicely for the man. She tells him that she has done this to be more attractive for him because she loves him so much.

The man was impressed.

The second goes shopping to buy the man gifts. She gets him a new set of golf clubs, some new gizmos for his computer, and some expensive clothes. As she presents these gifts, she tells him that she has spent all the money on him because she loves him so much.

Again, the man is impressed.

The third invests the money in the stock market. She earns several times the $5,000. She gives him back his $5000 and reinvests the remainder in a joint account. She tells him that she wants to save for their future because she loves him so much.

Obviously, the man was impressed.

The man thought for a long time about what each woman had done with the money he'd given her.

(I know that I've posted this before, but it needs to be restated.)

Not beer and chicks?

That is the goal of true education.

Ever know one of these guys? 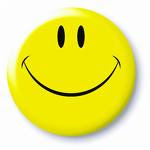 In my neighborhood, there was a fellow who had this unnerving habit of acting so...damn...happy.

Over time, though, I kept watching this cheery guy, and nothing horrible ever happened to him. He got a few promotions; his kids grew up and went to good schools; he took fabulous second and third honeymoons with his wife. In fact, he just kept on acting happy. And the weird thing is, I think he knew a secret: If you act happy, you'll be happy.

From the 43Folders Web Site...

So how does Getting Things Done work?

This is a really summarized version, but here it is, PowerPoint-style:

So, basically, you make your stuff into real, actionable items or things you can just get rid of. Everything you keep has a clear reason for being in your life at any given moment—both now and well into the future. This gives you an amazing kind of confidence that a) nothing gets lost and b) you always understand what’s on or off your plate.